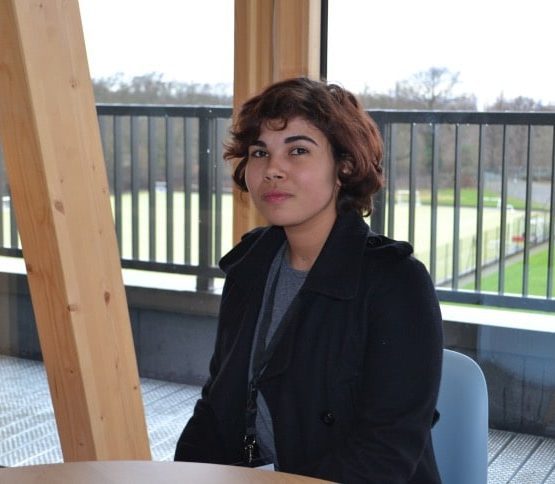 Meet Aidan Bungey (Class of 2015) who is studying Aeronautical Engineering with Pilot Studies and is hoping one day to fly you away on your holidays!

Tell us about your course

I am in my second year of a four year MEng degree in Aerospace Engineering and Pilot Studies at Liverpool University. My course involves every aspect of design, development, manufacturing and operation in aerospace engineering and it’s interdisciplinary so I study alongside students of other engineering courses. The Pilot Studies part of my course requires me to complete 20 hours of flight training in my first year.

Flying a plane is amazing. My pilot training is what’s kept me going during my first year at university and I’ve loved every minute of it. I have to go to Liverpool John Lennon Airport at 5am every Saturday and learn everything to do with flying a plane – pre-flight checks, plotting our course, checking the wind charts and air pressure and so on – before my instructor and I climb into the PA 38 Tomahawk, which is a two person aircraft.

It’s an expensive business though. The 20 hours of flight time is a course requirement and is an additional £3,500, and that’s including a student discount!

What do you want to do when you graduate?

I also still harbour dreams of becoming an actress, and I remain incredibly jealous of students at my university who do Drama, but I love engineering too much and wouldn’t give it up for the life of me!

How did schs help you to follow this path?

I’ve always enjoyed Drama and Maths. My brother is very academic so we were always doing maths at home, and I guess part of me wanted to compete with him. I also really loved DT with Mrs Elton and she encouraged me to do it for GCSE.

I first considered engineering as a career when I had the opportunity to go to the US on a week-long engineering scholarship, and I really loved it – particularly the challenge of it all. I was at a crossroads – would I go down the Drama route or engineering? I have to say the DT department definitely helped and encouraged me. I was set on doing Chemistry, DT, Maths and Drama for A-level but unfortunately all my choices clashed so I ended up choosing Maths, Physics, Further Maths and, for a complete change, English Literature.

Physics A-level was just me and one other girl, Heydi Puertas Agudelo, who I’ve known since year 7, and she’s also at Liverpool doing engineering. I received such support and encouragement from my teachers, which really reassured me in my subject choices. My mum is from Australia where you get to study a broader range of subjects, so she was always of the opinion that, under the British system, you needed to choose the path that would open the most doors for you in later life, and that is also what inspired me to study an engineering degree as there’s so many options available to you.

I chose this particular course because it combines the theory with the practical elements. Rather like in DT, I get to make things and that’s what I really enjoy.

Are there many other women on your course?

There’s around 400 students doing engineering – and the most popular among women would be civil engineering, then mechanical. I think there’s only a handful of us doing aerospace, and only four doing pilot studies… but I don’t really pay much attention to it. As a girl you’re told that engineering is full of boys, but if you let that bother you, particularly coming from an all-girls school, then it’s pointless. I don’t see boy or girl, just another engineer. Either ‘we’re all in it together’ or ‘everyone is my competition’, regardless of gender. If you’re going to take a subject where it’s predominantly one thing, then you just have to ignore that fact and be the best that you can be.

What advice would you give to a girl thinking about engineering as a career?

I would say definitely give it your full consideration. Once you’re in it you realise it’s not just for men, it’s not as hard as you think it will be and there are so many opportunities. It’s such a broad sector and impacts on every aspect of our lives so there is literally something for everyone.

*If you would like to be featured or would like to suggest an alumna who we could approach please get in touch with Mr Chris Conneely, Development Director