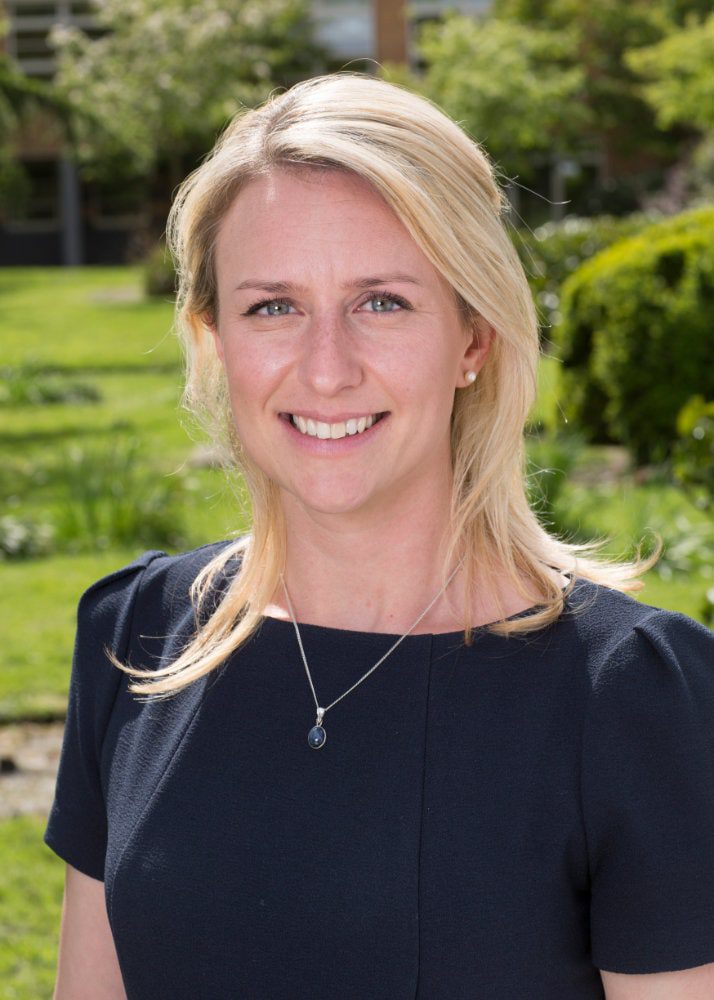 No girl is an island and at SCHS we understand that a girl’s physical and emotional wellbeing cannot be separated from her academic success. Our House System is testament to our commitment to girls and their parents. Each pupil is placed in a House as soon as she begins her journey with us. Her Head of House is an important and visible guiding influence who will really get to know her. The Head of House will also build close relationships with parents and will be integral to the next seven years of a girl’s life. Growing up can be really tricky in this modern world, but we want bespoke care for our girls. Nothing else is good enough.

Ms Renshaw is passionate about giving young women opportunities to change and shape the world with confidence and vigour. Education is key to the success of women all over the world, Ms Renshaw is extremely proud of being a teacher and loves to help girls reach their potential. Mrs Evans is extremely proud to be the House Mistress of Carter House. She believes that kindness, sense of humour and support for one another are great assets, and this is her vision for Carter women. We should all be proud of ourselves and our achievements, and value the time we have at school – it doesn’t last long! Having taught drama for over 15 years, Mrs Evans is a real believer in taking a risk and doing something which forces you to face your fears, whatever they are. Mrs Evans has lived in London for over 20 years and thinks it is a wonderful city. She loves going out to restaurants, going to the theatre, running, cycling and dancing. 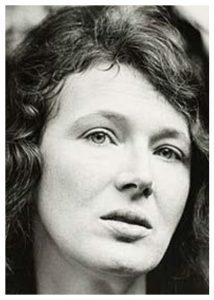 Born Angela Stalker in Eastbourne in 1940, she studied at Streatham & Clapham High School from (1951-1958). Throughout her childhood she read voraciously. Despite her wide reading she did not do well enough in examinations at school to win a place at university but went to work as a journalist, apprenticing at the Croydon Advertiser. She moved west and entered Bristol University to read for a degree in English.

In 1966 her first novel, Shadow Dance was published. She went on to write eight more full length novels as well as many short fiction collections including her 1979 masterpiece The Bloody Chamber, as well as poetry, TV and radio plays, children’s books and film adaptations.

She was often described as a ‘magical realist’, combining fantasy with clear descriptions which enabled realistic telling of unrealistic events. Carter was one of the most stylish English prose writers of the age. David Holloway, the former literary editor of The Daily Telegraph, called her ‘the Salvador Dali of English letters’. In 2008, The Times ranked Carter tenth in their list of ‘The 50 greatest British writers since 1945’. 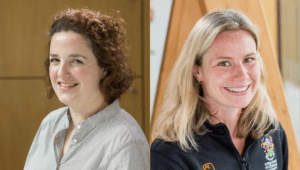 Mrs Harmer is proud to be the House Mistress of Fawcett House. Equality and justice are incredibly important to her and she is happy to challenge if there is a lack of equity. Mrs Harmer spent some years in France and very much enjoys French culture and the language. She is also a keen walker and has hiked all over the UK, in Europe, Egypt and South America. She has also scaled Mount Kilimanjaro. Fawcett House are happy to be adventurous in thought and activity! Philippa Garrett Fawcett was the daughter of the suffragist Millicent Fawcett. Her aunt was Elizabeth Garrett Anderson, the first English female doctor.

Philippa Fawcett attended Clapham High School and went on to study at Newnham College, Cambridge which had been co-founded by her mother. In 1890 she became the first woman to obtain the top score in the Cambridge Mathematical Tripos exams. The results were highly publicised, with the top scorers receiving great acclaim. Her score was significantly higher than the second highest, but she did not receive the title of Senior Wrangler, as only men were ranked at this time and women were listed separately. When the women’s list was announced Fawcett was described as ‘above the Senior Wrangler’. No woman was officially awarded the first position until Ruth Hendry in 1992.

Following Fawcett’s achievement in the Tripos, she won the Marion Kennedy scholarship at Cambridge through which she conducted research in fluid dynamics. She was appointed a college lecturer in Mathematics at Newnham College a position she held for 10 years. 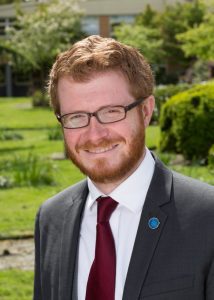 Mr Spooner was very keen indeed to lead Franklin House – as a physicist he has great respect for Rosalind Franklin’s work on DNA. For him, Franklin girls should be fair, work hard and have respect for themselves and for others. Mr Spooner loves to tour Italy with his wife and indulge in the culinary delights as well as enjoying Renaissance art and ancient Roman sites. He fully embraces the House System and still keeps in touch with his own House Master. Mr Spooner runs the football team for the girls and plays tag rugby. He is also keen that girls gain confidence from their sporting prowess. 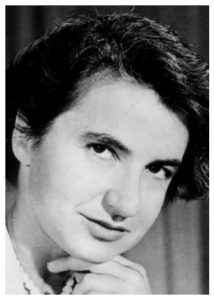 ‘Science and everyday life cannot and should not be separated’.
– Rosalind Franklin

Long before Franklin discovered the double helix structure of DNA, 15-year-old Rosalind vowed to become a scientist against her father’s wishes (he was opposed to higher education for women). Ignoring his displeasure, Franklin enrolled at Cambridge and went on to make the greatest scientific discovery of the 20th century. Unfortunately, her colleagues James Watson and Francis Crick (along with Maurice Wilkins) usually receive sole credit for the discovery of DNA, based on her breakthrough research.

Known to be direct, intellectually brilliant and demanding of her colleagues, Franklin was also a keen climber, an excellent cook, a much-loved daughter, sister and aunt ‘whose care and thoughtfulness touched all on whom she bestowed her attentions’. 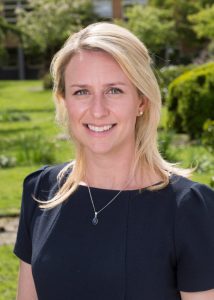 Mrs Kate Renshaw is a passionate supporter of the girls in her House and their parents. For her, understanding mental health and wellbeing, and how to help yourself through exercise, meditation and self-talk, is fundamental to the development of young people. Mrs Renshaw is also a proponent of physical fitness: she skis, runs and enjoys long walks with her pride and joy – her dog Bertie. When not undertaking physical feats she likes to visit new restaurants, museums and exhibitions, making the most of London. Knights girls are always encouraged to be confident and to make the most of all that the world has to offer them. 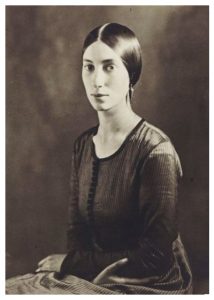 ‘The works that Winifred Knights produced were of exquisite quality, and the exceptional beauty of her drawings has placed her among the outstanding artists of her generation.’
-The Painting Faculty of the British School at Rome, 1947

Winifred Margaret Knights was born in Streatham in 1899. She studied at the Slade School of Fine Art. In 1920, she became the first woman to win the prestigious Scholarship in Decorative Painting awarded by the British School at Rome. Her prize-winning entry The Deluge now hangs in the Tate Gallery. Her work received wide-spread critical acclaim. One arts magazine described her painting ‘the work of a genius’.

Throughout her life, Winifred Knights produced work through which she explored women’s autonomy. Presenting herself as the central protagonist, and selecting models from her inner circle, she consistently rewrote and reinterpreted fairy tale and legend, biblical narrative and pagan mythology to create visual distillations of her own lived experience. 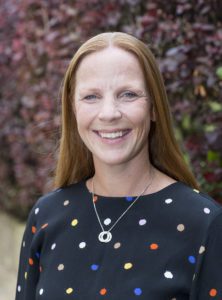 Mrs Grant was born and brought up in Hong Kong and only left to attend an English boarding school so that she could pursue her passion for physical education. She has represented Hong Kong in Under-15s hockey and Under-18s in Devon. For Mrs Grant, sport and physical education is fundamental to the holistic development of young people and this leads them to learn about the importance of key values such as honesty, teamwork, fair play, dedication and respect for themselves and others. Travel is also important to Mrs Grant who has travelled to the Arctic, Bolivia and the Galapagos. A Paston Brown girl should see the world! Dame Beryl Paston Brown was born in London in 1909. She was educated at Streatham Hill High School and Newnham College, Cambridge, where she was awarded Firsts in both parts of the English Tripos. She trained as a teacher in London but in the Depression of the early thirties found it difficult to secure a teaching post in a school but eventually found work training teachers in Portsmouth. She became Principal of Homerton College, Cambridge, and with little or no encouragement from Cambridge University, she established a degree course for teachers, at first validated by London University.

She was a member of the Newsom committee that produced the report on secondary education, Half Our Future, in 1963, and was appointed DBE in 1968 – so far the only teacher-trainer to be so honoured. 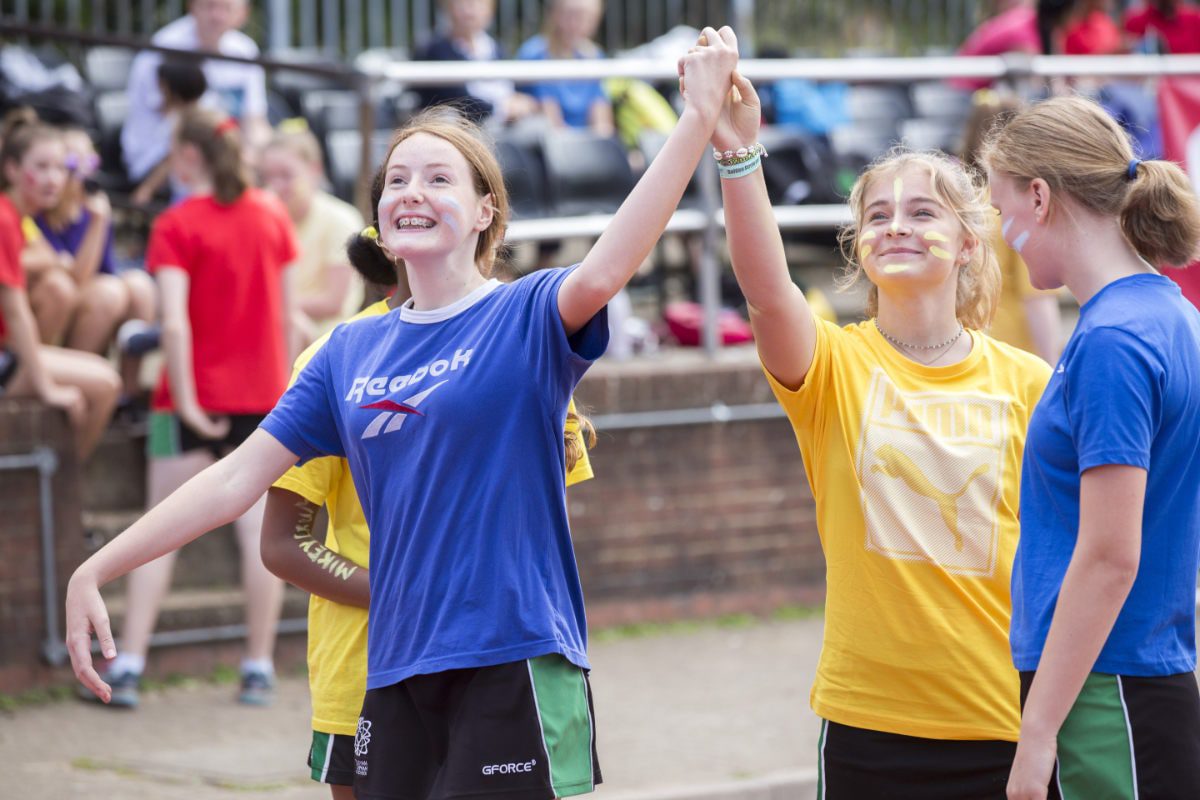