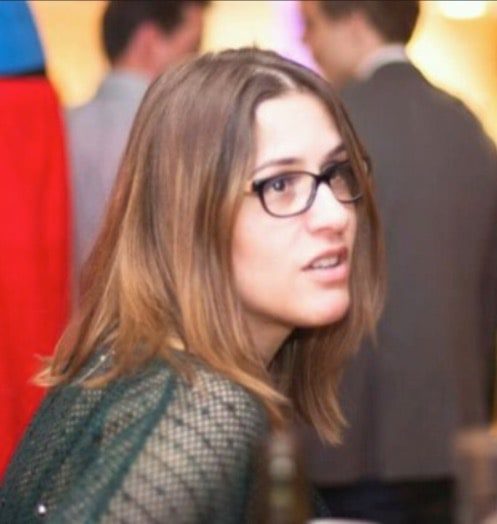 This month we meet Dr Jasmina Lijesevic (Class of 1993) who is living proof that, in her case at least, politics can almost be rocket science! Jasmina is a passionate advocate for women in public life and will be speaking to our students on February 6th, to mark the centenary of women’s suffrage.

Tell us about your current role and what the job entails

I am a political analyst, specialising in aerospace policy. This involves conducting political research, sometimes working on longer in-depth projects and sometimes providing immediate information. Every job I have is entirely different to the previous one. I have also worked on political campaigns, and most recently I have started to work with a political start-up organisation called More United. They work on a cross-party basis in Westminster and organised the largest political crowdfund in the UK.

I’ve had some fantastic roles over the years, but the one which will always stand out was working for the Airbus Group. I conducted political research for the space sector and got to work on programmes such as Cryosat environmental monitoring and the beginning of what is now the Copernicus earth observation programme. In addition, I gained a great deal of political experience on election campaigns when I worked as a campaign organiser for the Labour Party.

What do you think are the top three qualities/skills required to be successful in your role/field?

Determination, diligence, and the ability to make sound decisions. It hasn’t always been easy, and there have been many times I have had to grit my teeth, persist, and muster up more self-belief and determination than I have thought possible.

What does it mean to you to be a Streatham & Clapham alumna?

It’s not only being part of a community of women who went to Streatham & Clapham, but also being part of the wider GDST network. Belonging to a group of such successful, brilliantly fierce women who continue to inspire and achieve so much is very special.

How do you think your education at Streatham & Clapham prepared you for life after school?

I’m convinced that my tenacity, resilience, and determination come from my school days. Having to deal with obstacles prepared me for working in challenging environments. Aerospace wasn’t a career that was considered common for women 25 years ago – it probably wasn’t something an awful lot of people considered then – so the opportunities available now just did not exist when I was at school. Female MPs and women active in public life were also few in number.

I read for my BA (Hons) in Politics and Contemporary History at Salford University. I chose Salford because of the high content on the degree of US-Russian relations and military history and intelligence. After I completed my degree, I went to Cranfield University to complete my MSc in Air Transport. After working for a few years, I then began my doctoral research at Swansea University. My PhD was specifically focused on US-Russian relations in space during the post-Cold War period. I conducted a case study of the role of the Shuttle-Mir programme in US foreign policy.

I’ve been lucky enough to meet several people who have continued to inspire me. It’s impossible to be uninspired when sat in a room with people who have flown in space several times. And it’s unbelievably humbling when they want to discuss your own research. When I was at school, I watched the first generation of female astronauts embark on their NASA careers; Sally Ride launched and was followed by over a dozen more women by the time I’d left Streatham. To be honest, I never thought at that point I’d ever work in the space industry, but I found what these women did completely amazing.

What piece of advice would you give to a current pupil contemplating a career in your sector?

As someone who works in politics, I would encourage all women to become politically active. I believe strongly that we need more women in public life. I have been lucky enough to combine my love of politics and aerospace, and the latter industry has endless career options. I have met women who have flown several times on the Space Shuttle and on the Russian Soyuz, and it never, ever gets boring going to NASA to conduct research. When I was at school some jobs weren’t available to women, but that’s not the case now. If you dream of flying a fast jet, or being an engineer on an A380 aircraft, want to design and develop the next generation of aerospace vehicles, or be the CEO of an airline, then this is absolutely possible.

Be determined, seek out opportunities, and get involved in extracurricular activities. Join professional organisations and become active as student members. Network. The most important thing is to believe in yourself and your abilities and enjoy all the experiences you have.

Politics can change lives, and you have the ability to help people, affect change, and work with some tremendously committed people. Aerospace is always progressing and it is an industry always at the cutting edge. It can be very exciting to be part of that.