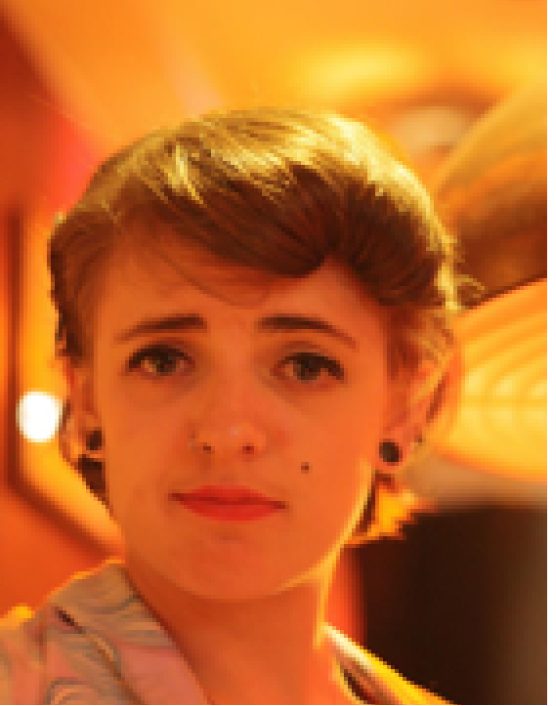 “Can one combine acting and animals as a career? Maybe”

Drama has always been my first love – closely followed by animals! While studying at SCHS for my A Levels in 2010 – Drama, Music and Psychology – I dreamt of having a stage career, and accordingly my UCAS entries were for the top acting schools in the country – RADA, LAMDA and Central. The competition was fierce and my biggest surprise while waiting to do my auditions was the commitment and apparent brilliance of other auditionees who were trying for a place on their fourth or fifth attempt. I felt inexperienced by comparison and stopped attending auditions, withdrawing from the process in order to re-evaluate my future plans. Although LAMDA offered me a place on one of their shorter acting courses, I felt I needed time to mature and gain life experience. During this time, even after I had left SCHS, I was continually supported and encouraged by SCHS’s Head of Drama, Mrs Garner.

During this analytical period, I undertook my ‘Supporting Teaching and Learning in Schools’ qualification and worked in a local primary school, supporting a Year 4 class and in particular one pupil with no English. My dramatic and musical skills were a real advantage; this interaction confirmed to me that I should reapply to university for an acting degree but with an educational aspect. The only slight downside was still my tendency towards self-doubt and concerns regarding my dyslexia.

Further research showed that the leading university offering this style of degree was Central School of Speech and Drama, in particular their ‘Drama, Applied Theatre and Education’ course. However, I still had the huge challenge of an audition to undertake and an interview to pass. One point in my favour was that I knew I had more than enough UCAS points with my A Level and LAMDA performance success. Once again, Mrs Garner helped me to hone my personal statement and supported me throughout the application process.

During my interview, I found that I had a wealth of examples of educational dramatic work to support my application; from SCHS Theatre-In-Education projects to our Royal Opera Tosca education project with another school which was shown on the BP big screens around the UK. The interviewers also wanted to see external school dramatic commitment, and my involvement with our local community theatre, as well as being a member of Pineapple Performing Arts School, certainly helped.

To my absolute delight, I received an unconditional offer from Central! I start in October and cannot wait to begin. I know that as students we spend much of the summer term working on a production down at the Minack Theatre in Cornwall. My huge concerns with my dyslexia are being addressed – I undertook a three hour dyslexia diagnostic assessment at Central and this will help me enormously, as I understand that I will get a grant for some recording equipment and receive some one-to-one tuition. Currently, I am trying to understand what one of the titles of our required text-books actually means: ‘Drama and Diversity – A Pluralistic Perspective for Educational Drama’ – Mrs Garner – help!!

I have enjoyed the most fantastic summer. I applied to Game Rangers International to become a project assistant on an elephant orphanage and, with my savings from my teaching assistant work, jetted off to Zambia, swapping the comforts of my bed for a single tent in Kafue National Park, the second largest park in Africa. The role ranged from feeding the orphans, to an elephant orphan rescue at night, to educating local communities about the costly impact of the illegal wildlife trade. I was lucky enough to see and live with an huge range of animals, although I was somewhat wary of the rather large crocodile who lived nearby, a little too close for comfort! This experience has also shown me that my chosen degree could lead me back to Africa and thereby actually achieve my dream – drama and animals.