How to be an Anti-Racist Parent | Streatham & Clapham High School

How to be an Anti-Racist Parent 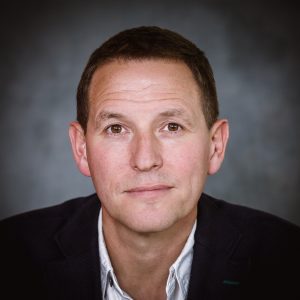 Mr Richard Robinson, one of our Senior parents, shares his thoughts on how you and your children can be better allies to people of colour, by educating yourself and having the courage to challenge racism.

We have reached the end of Black History Month, the annual moment of recognition & celebration for the contribution millions of people of African and Caribbean background have made across the world. It’s been happening for thirty years in the UK and to quote the tireless Catherine Ross, Guest Editor of blackhistorymonth.org.uk & Curator of The National Caribbean Heritage Museum, “In years gone by, October has been the only time of year when the UK talks about the achievements of Black people in Britain. Hopefully, the events of 2020 will be a catalyst for Black history to be shared much more widely – in museums, galleries, schools, universities, public spaces and communities”.

With this sentiment uppermost in my mind, I was heartened to read that for the SCHS community, October 2020 was only the start of a year-long programme of student-led explorations of Ethnicity, Inclusion and Diversity.

BHM 2020 has taken on a difference to previous years. The violence of George Floyd’s murder on the 25th May, the visceral backdraft of shock, revulsion and global condemnation to the casual nature with which his life was ended on a street in Minneapolis, Minnesota has made many stop, reflect and rethink what they have the power to do to deliver change.

On a personal level this was talking openly about being anti-racist, being someone who, along with many others, recognised that ‘not being racist’ was no longer good enough for modern society. Historically I’m of a generation where we were taught to be colour-blind in the hope the result would be ensure all people were perceived and treated equally, that if you didn’t hear about racism or hear attention drawn to difference then racism wasn’t happening. In reality this silence was, and is, a form of violence in its own right. By being not-racist you give space for racists to operate, by being anti-racist you close down this space one small act at a time until eventually there are only two groups of people left – racists and anti-racists, with the former fully exposed to the judgement of civil society.

As part of SCHS’s commitment to ethnicity, inclusion and diversity I’ve been asked to write a few words as someone who’s white on how to be an anti-racist parent. From the outset I need to confess that I don’t have the answers to the question. That said, I do know it’s OK to not know the answers, to be OK knowing I’m on a journey of self-discovery, of learning, and accepting some of the norms I’ve lived with are no longer appropriate for the world our daughters live in today.

What’s not OK is not being willing to try, to find an excuse for accepting things as they are, for letting things go, for accommodating comments, jokes, behaviours because it’s ‘just banter’ or because “it’s only [insert name of your friend you know is being racist but you don’t want to call them out because it might cause embarrassment] and y’know s/he’s only joking, no offence – right?”.

So, let’s start with the basics. Racism is alive and well in the UK today both as a conscious and unconscious force. It might be unpalatable to accept this, you may even disagree, but it’s a very real truth for the world as we know it.

There are many ways to get started on your anti-racist journey, and while I’m not claiming these are only ways, these are some things I’ve found most helpful.

Open your circle: Ask yourself who’s in your immediate circle at work, at home, in your family, on your social media feeds. Is everyone white, or from the same social class, or maybe the same gender or sexuality. Explore why your innermost circle is as it is; these will all be good people, your trusted confidants and greatest friends, the people you admire the most – but who in your circle is giving you points of difference to challenge and grow your knowledge and understanding of the world your daughter is graduating into?

Talk to your daughters openly about race: You’re never too young to learn, you’ve never too old to be schooled. By now your daughters will likely know more about race and racism in the twenty-first century than you do. Talk to them, discuss it openly, ask what they expect of you and what they expect from the society they’ll be shaping and leading as they go forward. There will be times when neither of you know the answer to something, use this as an opportunity to seek it out together.

Accept being white comes with privilege: White privilege comes in many forms, from the obvious (jobs, schools, medical care, opportunity) to the subtle character assessments that are made on a daily basis, beautifully captured by Create not Hate in this 2min film. Be aware of what it is, consider prejudices you may carry and not be aware of, and understand how to use your privilege to raise a better society for . Your actions and words can open and close doors in equal measure.

Be comfortable not knowing the answers: The more questions you ask, the more answers you’ll hear. Find the ways that work for you through books, podcasts and educational resources to learn & educate yourself and others. Knowledge is important, but being open-minded and wanting to know more is even more important. As a starter I can highly recommend Reni Eddo-Lodge’s Sunday Times best seller Why I’m no longer talking to white people about race.

Treat everyone how you want to be treated: Demonstrate kindness & compassion, reflect that everyone deserves an equal chance in life regardless of where they come from or what they look like. Find ways that come naturally to you to connect and support everyone around your daughter, and everyone around you.

Organise a movie night (but check the age rating first) to start the conversation: