Whilst many schools confine their study and celebration of Black history to a single Black History month (October), our students lead a year-round conversation about race, diversity and inclusion. The occasion of Black History Month, however, provides another dimension to this continuing discussion. SCHS Diversity, Equity & Inclusion Prefect, Maya (U6), took the helm by posing a series of key questions and producing and directing an all-school video documentary assembly exploring how Black history, culture and current events are regarded. 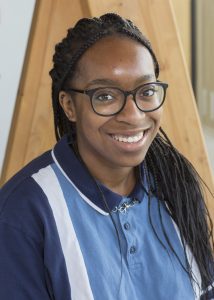 Gathering views from 10 SCHS classmates across various year groups, with video-editing support from Wintana (U6), Maya composed a trenchant and personally-nuanced story that kicked off with a challenge to the very notion of limiting Black history to a single annual month.  Classmate Alicia (U6) then offered context to the tokenism that often ensues from such an approach.

Sixth-former Kaisha pointed out the tendency of some educators and media institutions to default exclusively to American Black history and news stories which, she argues, result in denying the Black British experience. Posing the question, ‘Why do you think the UK focuses on American issues when talking about racism?’ she then explained. ‘I believe Britain likes to deflect the issues that are going on in the country — treating racial indifferences and injustices as a competition with America. [If you] put all American injustices into our media then it shows “we’re not racist”.  I feel like it shouldn’t be put as a competition. You’re either racist or you’re not,’ It’s not that America is more racist than us, so we don’t need to talk about it here.’

The girls explored other issues such as how it feels when non-Black influencers profit from Black styles. Hermela (U6) explained, ‘I think non-Black creators taking Black features and profiting off of it, such as hair, is really damaging as hair is such an integral part of identity and represents a lot of our history and who we are, through hairstyles like box braids. So when hair is taken and done on white people or non-Black people, they often don’t understand the cultural significance.  On top of that, Black hair is something that is shunned and [we are] told is “unprofessional”, so when a white person does it they often don’t experience that [same] backlash which can be quite hurtful.’

Fifth-formers (Ruby and Adrianna) raised the issues of Colourism and Texturism, whereby Black people with lighter skin and looser curls, respectively, are given more cultural prominence or better social treatment.  They explained how Colourism persists from slavery and is now compounded by the insecurities of youth fuelled by the visual focus of social media. The girls highlighted how tightly-curled Black hair is sometimes dismissed as ‘messy’ and praised the moment in Black history when natural Afro hair, such as Angela Davis’  style was embraced. Looking to the future, Adrianna expressed the hope that, ‘As we grow and we learn we can be more accepting of different hair types and we don’t have to hide anything.’

Head Girl Maisie, explained the portmanteau word Mysoginoir and the depiction of Serena Williams as an ape-ish and unacceptable creature, when sparing male counterparts of any criticism.

Although the month of October will have passed when SCHS returns from its half-term break, our girls will continue posing questions and raising issues.  Next month, SCHS will host an In Conversation With… event, where alumna Professor Nicola Rollock, one of the UK’s only Black professors and star of the Channel 4 TV series, The School that Tried to End Racism, will discuss her views and insights on challenging racism and inequality. 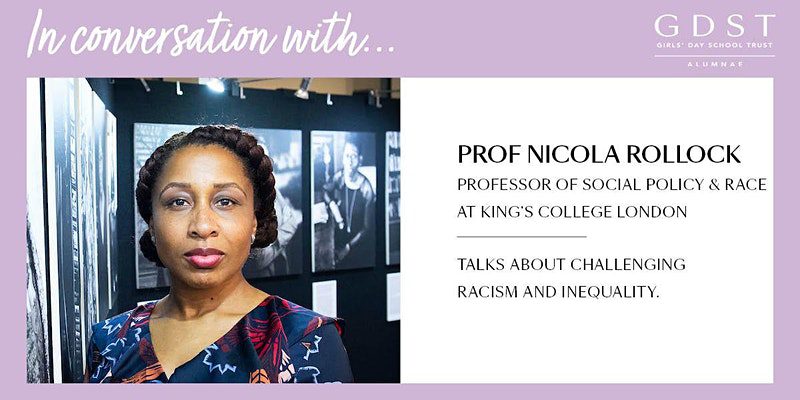