U13 Football Tournament: A play by play 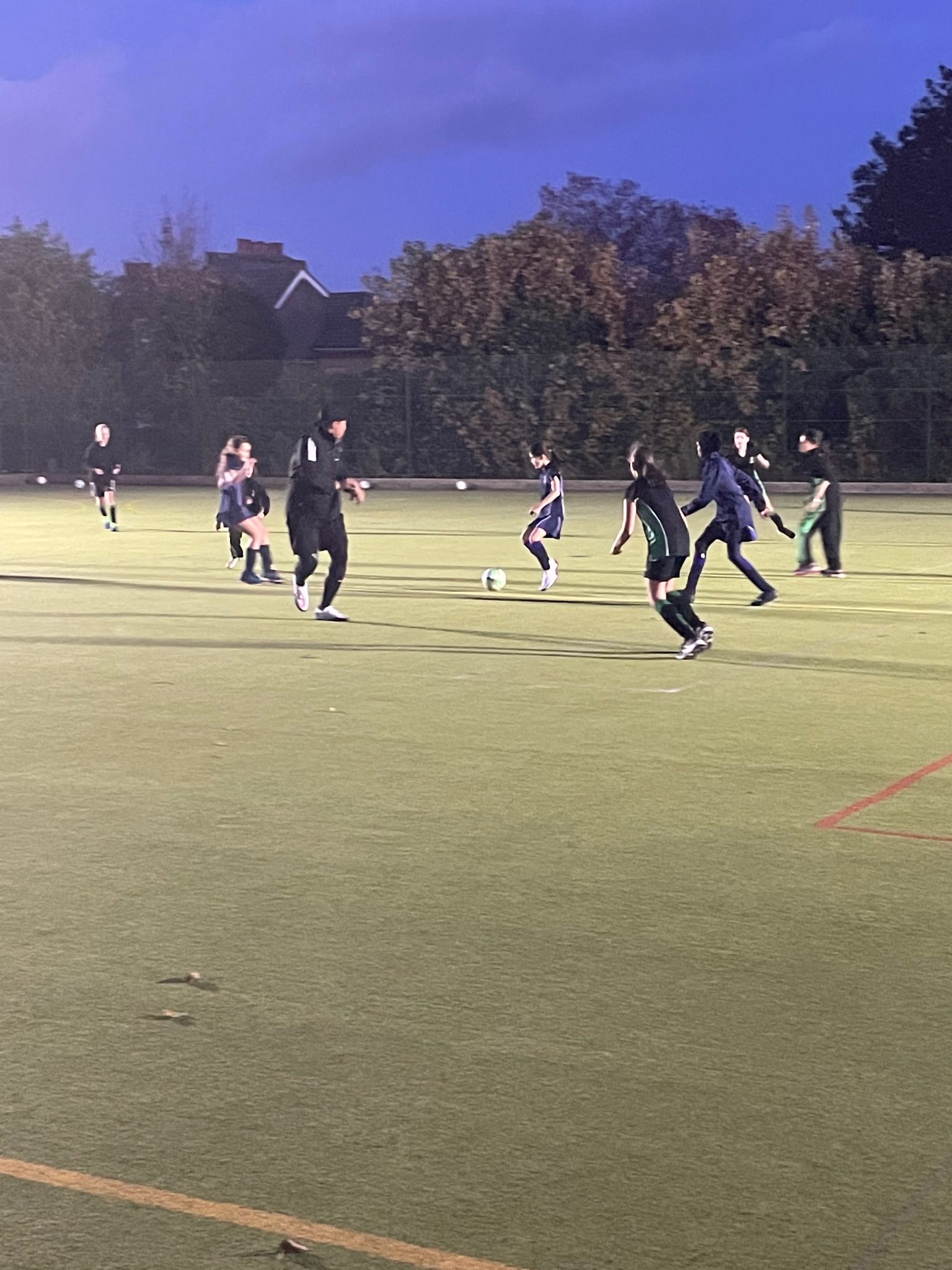 On Tuesday 16th November 8 students took part in the Girls Cup tournament which was held at Tooting and Mitcham FC.

18 teams entered the 6-a-side tournament and they were split into 3 pools. Games were 7 minutes one way with the top 2 teams in each pool progressing to the knock out stages.

Our first two games were against Kingston and Surbiton High A teams who were both strong contenders for winning the competition. Despite some great defending we lost 1- 0 to Kingston and 3 – 0 to Surbiton High A. The third game was against St. Cecila’s and the team were under pressure to win. Two excellent goals by Tamsin put the team back on track to qualify for the next round. Next up was Southfields and the team raised their performance once again. Ava and Louise got themselves on the score sheet, finishing the game 2- 0. The final pool game was against APA and the team saved their best performance for this match. It was a tough physical contest and the girls were made to work hard. With 30 seconds left, Ava found the back of the net and the game finished in a 1 – 0 win.

The Team finished second in their pool and qualified for the quarter finals where they met Surbiton High B team. Lois and Tamsin played well up front, demonstrating their brilliant ball skills. Louise, Darcie and Ava worked exceptionally hard in the midfield, supporting the attackers and helping out the defenders. Daisy made some important interceptions and Olivija proved herself to be invaluable in defence. Rose played in goal and saved her best performances for the last 2 matches. She was calm under pressure and made several crucial saves, often diving from one side of the goal to the other. Surbiton managed to finally break through and score with 1 minute lest on the clock meaning that the team finished in joint 5th position.

All the team members played with great sportsmanship and determination and it was a privilege to watch them play. The team was captained by Ava and player of the tournament as voted by the pupils was Tamsin.