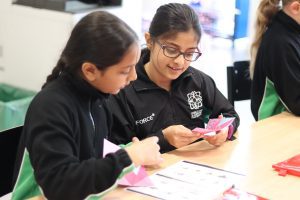 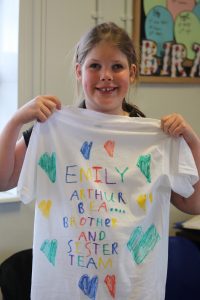 Well-being day is a remarkable day, where we take a break and care for our mental health. We take a chance to relax and really get to know one another. In this text I will talk you through what my class (5KB) did for the third well-being day:

In the morning, we began with peer massaging. At the beginning, many pupils found this experience uncomfortable because we had never done this before. Eventually, we adjusted to these techniques and it felt more enjoyable. Towards the end of the massage, it certainly felt relaxing and left everyone in a happy mood!

Next, we went down to the playground where the second activity was set up, which was navigation and the fire pit. This was directed by Mrs Wheeler and Paul, who works for the London search and rescue service. They had set up locations across the playground for us to mark on a map. We had to come up with a route, navigating these areas. Some found this tricky but others found it effortless. When we moved on to the fire pit there was a buzz of excitement throughout the class. A couple girls were more wary of the fire so stood a little further away but overall it was an entertaining activity. We roasted marshmallows, but a few burnt, and sang songs around the heat of the fire.

After break, we began T-shirt designing where we represent what makes us happy on a T-shirt. Many people did motivational quotes while some did drawings of joyful things such as flowers. While we decorated the shirts we listened to some music. Most of the class said that this was there favourite part of the day.

At the start of the afternoon, Mrs Tabor taught us qigong and dance. Loads of people are unfamiliar with qigong but it is very much like tai chi. First, we did some breathing exercises to calm ourselves. Then, we began the qigong! This was a flowing and calm experience for the near end of the day.

For the last activity, we did bath bombs! For starters Mrs Maskell explained the science behind bath bombs and how the carbon dioxide releases from it when it comes into the bath. Then she told us step by step of how to make them. First you pour in the oil and whichever food colouring you want. Next you gradually stir in the citric acid, bicarbonate of soda and cornflour until it comes to a pastry like consistency. Afterwards you would pick the scent you would like which for us could have been rosemary, lavender or citrus. My group chose to do green food colouring and a citrus scent. When I went home I tested out the bath bomb and it fizzed quite nicely in the bath.

That was all of the activities my class group did but there was many more that other classes did like cosmic yoga, running and mindfulness colouring. The teachers worked so hard on Thursday to make it amazing and they succeeded. This was probably the best well-being day yet!