Focus on History: How do Today’s Circumstances Compare to Past Pandemics | Streatham & Clapham High School

Focus on History: How do Today’s Circumstances Compare to Past Pandemics 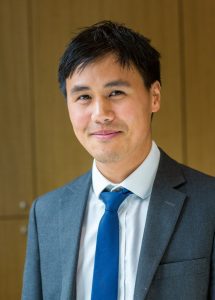 Commentators are quick to remind us that these are unprecedented times, before immediately reaching for precedents such as SARS, the Second World War, or more recently, swine flu for comparison. One of the first pandemics recorded in 541 was in Egypt, which did not burn itself out until 750 having spread as far as Rome and Britain. By this time, the world looked remarkably different; Islam had arisen and much of Western Europe had come under control of the Franks. Smallpox dates back as far as the 6th century across Asia, while European colonisation in central and southern America in the 16th century wiped out swathes of indigenous settlements who were not immune; it was not until 1975 when it was completely eradicated around the world. The 1918 influenza pandemic infected about a third of the world’s population with a death toll of over 50 million.

Pandemics have the power to trigger big societal changes which we can draw lesson from – the plague, cholera, influenza, polio, malaria, typhus – yet, if we draw comparisons, it seems there are as many differences as there are similarities. For instance, smallpox helped the European colonisation of the Aztec and Incan Empires yet it was the impact of yellow fever on Napoleon’s army that forced him to withdraw from Haiti in 1802. Moreover, today our medical professionals are rightly celebrated as we clap for carers each Thursday. However, during the European cholera riots during the 1830s, it was these very medical professionals who were blamed; in Liverpool, doctors were accused of poisoning cholera victims and turning them blue, while riots in St Petersburg deliberately targeted the medical profession. Such an obvious difference does raise the question how else our life might change as a result of Covid-19. Will our relationship with the workplace change? How will schools adapt? Will our key workers be better recognised after all this ends?

Yet one similarity that comes to light is the conspiracies theories and fake-news that prevail during pandemics. During the Black Death, which wiped out over a third of Europe’s population, miasmas were used to explain the disease, while others believed it could be transmitted simply by staring hard enough at a victim. Today, we can thank celebrities such as Amanda Holden and Woody Harrelson for similar, thoughtless trends, which link covid-19 and 5G. While those in 1347 could be forgiven for believing in false theories due to a lack of medical education and technology, there is little room for forgiveness for the likes of Amir Kahn for spreading the idea Covid-19 is human-made in order to keep people inside so they ‘can test the 5G network’. Although, after multiple blows to the head in the boxing ring, perhaps we can forgive him too.

While the Coronavirus crisis might be ‘unprecedented’, it is Mark Twain who said it best: ‘History doesn’t repeat itself but it does rhyme’.