Hear It From Our Girls: SCHS Hockey

The current England Hockey Pathway selection cycle is about to begin for next season with country trials taking place over the summer. At SCHS we have many students who trial and go on to represent their counties. We wish all our students taking part in the trials this summer the best of luck and have profiled our current county hockey players on their careers so far and hockey experiences at SCHS. 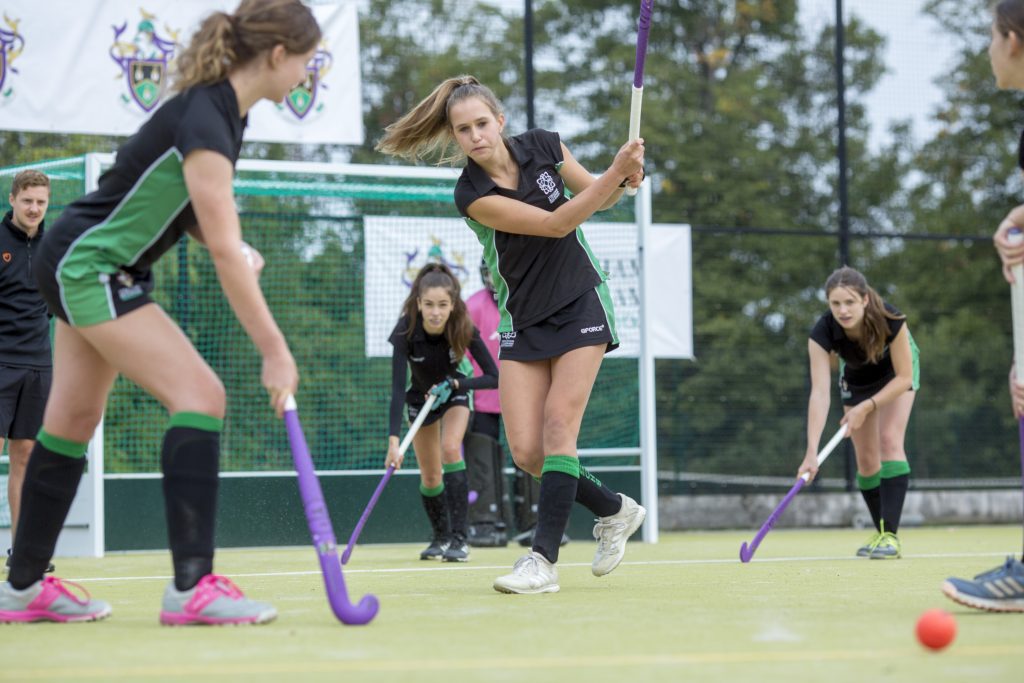 ‘I started playing hockey at the age of five, my first session being with Wayfarers on the Streatham and Clapham hockey pitch. I joined SCHS in U3 in 2016. I captain the U16 team and I have played for the first XI since L4. I was also selected to play for the GDST hockey team last year, which was a great achievement. School hockey has always been very fun and we have been able to go on several trips, my favourite being to Spain and Bath. Our team has also been very successful as we have won several Surrey and GDST tournaments. Outside of school, I play for the Surbiton hockey U16A and with the Ladies 2s and 3s. Additionally, I am part of the U17 Performance Centre, and my hope is to go to the Futures Cup at the end of this year and ultimately make it to national age groups squads (England U16). In the future I aspire to play National League hockey and at university. I am extremely grateful for the good opportunities and memories I have had through hockey at Streatham.’

‘My name is Lizzy Hill and I have been playing hockey for eight years. I joined SCHS in 2016 and I play for the U16 team and 1st XI.  Our team have regularly participated in Surrey tournaments, coming 3rd, 2nd and 1st since 2017. Outside of school, I play for Surrey, along with the U16s and Women 8s team for Spencer Hockey Club.  My best hockey experience since being at Streatham would definitely have to be winning the 2018 GDST Bath Tournament, without conceding any goals. It was a very fun trip and one that I will always remember. Our team also played at Regionals, which was a difficult but exciting experience, and we were all so happy to have made it that far. In the future, I want to continue playing hockey at a county level as well as with the 1st XI in Sixth Form, and I am looking forward to playing in a hockey team at University.’

‘I began playing hockey at the age of 6 at my prep school, then in September 2016 I joined Streatham and Clapham high school. During my time at Streatham, I have played in my year group hockey team and I have been playing for the 1st XI hockey team for 2 years. Out of school I have been playing at Tulse Hill and Dulwich (THD) hockey club since I was 7 and I have recently started playing Ladies 5s. One of the best hockey experiences at Streatham was hockey trip to Salou, Barcelona where I trained with their qualified hockey coaches. Another good experience was in December 2018 the GDST National competition in Bath where our team won, it was great playing with various teams in our GDST community. I have played Kent hockey for two years but unfortunately I did not play this year due to COVID. My hockey aim for the future is to further improve my skills and continue the schools 1st XI success and move up the Ladies teams at THD.’

‘My name is Francesca Boardman and I have been playing hockey since I was 8 years old. I joined year 7 of SCHS in 2016 and I am now in year 11. I have played for my year group A team every year as well as the 1st XI team since year 8. We have competed in many Surrey tournaments and matches against other schools.  The most memorable hockey experience was winning the GDST tournament in 2018 without conceding a goal and having two fantastic nights away. My hockey career started at Spencer Hockey Club and I still play for them today in the U16 A team and a women’s league team.  I have also been lucky enough to be selected and play for Surrey at U14, U15 and U16s.  I am looking forward to being part of the SCHS 1st XI over the next two years and getting back to playing competitive school fixtures again. I hope to continue playing in senior games before heading to university being part of hockey life there.’

‘I started playing hockey in year 1 at age 7 in the Prep school and at Wayfarers. Throughout the years I have played it has been quite enjoyable and the team at Wayfarers have stayed together. At age 10, my Wayfarers team came 3rd place in the Surrey Cup finals, it was a tournament to remember. We managed to play in the South England Regionals and finished 4th. I joined SCHS in Nursery but in U3, I joined the senior school hockey team. I have also represented the U15 hockey team, which won the GDST bath tournament, and the 1st XI whilst I was in L4. I managed to get into Surrey County hockey at age 13. I had tried many times the past 2 years and was very excited to finally get in. I trained and met new people but unfortunately covid-19 hit in March and I was not able to play any matches with Surrey. Despite covid-19, I managed to be selected by my club to be part of the South England Saxons, which is a regional level hockey team formed of the best few players of most hockey clubs in South England. I have played two matches with them of which we have won both. It has been a fun experience and in late June, I plan to go on a hockey tour with them to Nottingham to play against other Regional teams.’

‘I began playing out field hockey from year 5 but I never really enjoyed it. When I joined SCHS in Year 7 I got the chance to play as a goalkeeper. I really liked it and since then I’ve just stuck to it. In year 7, I improved my skills at school with other goalies and joined London Wayfarers. In year 8, I played a lot of matches for both school and club. But the best achievement was getting into Surrey County after going through many trial camps where I was coached by some top England Goal keepers. I played with the team at training but unfortunately due to Covid I couldn’t play any matches. This year I’m beginning to play for the Ladies teams at Wayfarers. I’m also still doing Surrey county Academy. My SCHS hockey highlight was the Thomas’s Tournament we played in year 8. This was really scary for me because I did a penalty shootout in the final and unfortunately, we lost but my team came second. In the future I want to carry on goalkeeping and playing for Surrey but also to continue coaching younger goalies as I’m enjoying that.’